We’ve been providing hyperlocal video services for Jericho, Richmond, Underhill (and a corner of Essex) since 1997.

Mt. Mansfield Community Television covers local meetings and events for the towns of Jericho, Richmond and Underhill, Vermont. We are cablecast on Comcast Channel 15 (and Comcast Channel 17 too as of April 9, 2018) and provide content on-demand online at the website Vimeo.com/mmctv.

We are one of 26 PEG (Public, Educational, Government) access centers in Vermont and a proud member of the Vermont Access Network.

As a 501(c)3 non-profit, we are committed to serving the unique needs of our communities.

WHAT DO WE DO?

MMCTV was created in 1997, originally housed in Jonesville’s postal office building. Public access stations originated in the period of 1969 and 1971. Many are funded by cable companies, in an agreement with the government that they contribute a portion of their funds to the public through such stations in exchange for running their cables through public and private property.

MMCTV was originally cablecast on Adelphia Cable Communications. It is currently cablecast on Comcast Cable. We are largely funded by Comcast subscribers in our three towns.

Keith Longmore was the founder of the channel. ​ Past MMCTV station managers include Marie Thomas, Justin Lajoie, Rebecca Padula, and Oak LoGalbo. 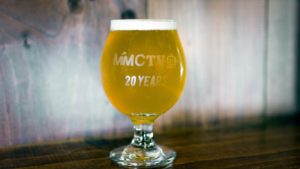 In 2017 we celebrated 20 years, with a special Stone Corral brew and a 20th Anniversary Harvest Dinner at the West Monitor Barn.

Thanks to local underwriters for their support!